I’m fascinated by the star Algol, currently located at 26º Taurus, which happens to be the exact degree of the ecliptic that was rising on the eastern horizon at the time of my birth.

Caput Algol is a slow moving star. It’s been at 26º Taurus for 50 years, hence why we call stars fixed. Indeed, Algol is more than just a fixed star. It is one of the 15 Behenian stars.

All of the Behenian stars have a long history of symbolism. I’d like to write more about all of them, especially Algol. There is such rich symbolism surrounding Caput Algol—the decapitated head of Medusa. It’s the Demon Star. We get the word alcohol from it, as with the words ogre and ghoul, perhaps showing the ghoulish side of alcohol.

Earlier today, in a weekly reading group on Logic of Sense which I attend with Daniel Tutt, Terence Blake, Robert Lutz and others, we discussed Deleuze and alcoholism. We also talked about Deleuze’s distinction between faces and heads, as when he quipped that Francis Bacon is a painter who paints portraits of heads (rather than portraits of faces). We talked about the surface of the face, versus the depths of bodies; the mania of the former and the schizophrenia of the latter. And we talked about alcoholism and its hardening of the present, and the two kinds of alcoholism, corresponding to the surfaces and the depths.

Oh, I have so much I want to write about Algol. But I will save it for another day.  For now, I simply happened across this quote, which I’d like to share with you here:

Excerpt of ‘Give Me Head’ by Jamieson Webster:

The head is not only the symbol of mind and life and rationality, the apex of the organism, arranged hierarchically, but also, its opposite, or other, death, kaput, finished or not working. Following the logic of part to whole, synecdochically, the head is removed, not only in the case of capital punishment—off with your head—but simply capital itself, whose main root, caput, means precisely this, one’s wealth, one’s lendable head. The head is what can be severed, as in heads will roll, or spent, as in bet your head. The accumulation of head. 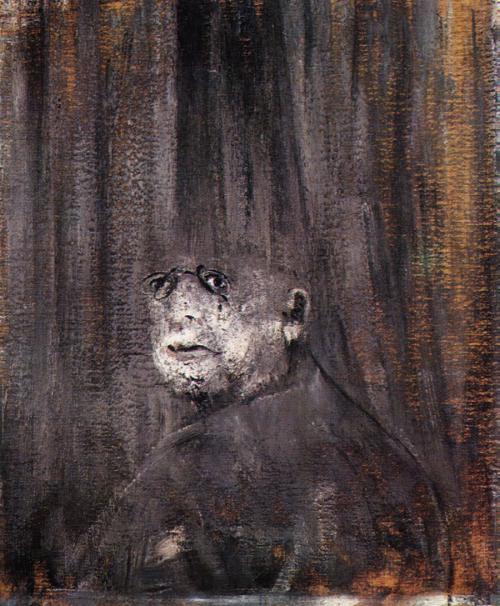 How strange it is that the animal named “méduse” (medusa) in French is called “jelly fish” (or “jellyfish” in one word) in English! What a distance there is between the Greco-Latin word, incorporated into Romance languages but also into Russian and Arabic, and the Anglo-Saxon term that has been appropriated by other linguistic families. On the one hand, we have the name of one of the Gorgons, and on the other, a compound noun composed of “jelly” and “fish”. A character and a substance. A terrible figure and a piece of limp, gelatinous, trembling flesh.

Medusa, the only one of the three Gorgons to be mortal, is also the figure whose fearsome appearance paralyses those who confront her (it took Perseus’ cunning for her face to be reflected back to her in the hero’s shield). Her snaky locks gave the name to the animal whose umbrella rests atop a handful of tentacles that ripple with the flow of its nonchalant movements through the water.

What continuity is there between this furious, awesome figure and a limp, idle shape? One undoubtedly knows that these animals can cause burns, but this is not what links them to the Gorgon sister of Stheno and Euryale. One must look elsewhere to understand how Medusa can equal jelly.

Elizabeth Presa offers a solution to this enigma. By leaving the skin of jellyfish to dry and taking their imprint, she draws a comparison between the translucent jelly and the surface of a pale moon. Like Paracelsus, she sees in this rigid, pock-marked skin the poisoned product of a sea infected by exposure to moonbeams, and compares it to the water of the Styx.

Here, we are already in the region of death and terror. In fact, this grainy, lunar skin which shows us a blank screen presents us with a visionless face, a remote expression that is riddled with a thousand needle holes. It is a kind a reinforced Oedipus whose blood no longer flows and whose cleansed, pallid face exposes a formidable secret: an emblem, a symbol or a sketch of the ultimate disfiguration. So we see that jelly can deliver as much petrifactive and icy force as the unbearable appearance of the Gorgon. In fact, we understand that the power of Medusa is not in how she is often depicted: as an enraged flash of lightning or a face laden with cruelty. Rather, her power lies in the eyes buried under the skin, in the skin deprived of warmth and shape, which when touched affords us a sense of both rigidity and softness, a feeling of sinking into a shapeless mass and a sensation of suspended floating on the surface.

We are as close as possible to a caress and we can be moved by this still trembling remainder of skin which has already become plastery and concealed itself beneath a chalky layer. We are as close as possible to a type of trust that we know will suck us towards drowning. It is disquieting, and it gives us what the French call “chair de poule” or “goose flesh” in English – an animality whose strangeness sticks to our skin. The emotion of the deep sea and the moon, the emotion of skin receiving a caress, a caress that is desired and feared, the emotion of something that goes too far, until it spills over into tears or anguish or into turmoil and the excess of pleasure that is only measured by the ability to touch the impossible and the unbearable. “Jelly” is the caress and the expression of the Medusa, her caressing expression, her absent, slippery expression on our face, an expression that both washes and freezes our face at the same time.

The Journal of Archetypal Cosmology

No bells, just whistling in the dark...

Pluralism and Individuation in a World of Becoming